Galston Concerts – Worth the Wait

Galston Concerts – Worth the Wait

The Galston Concerts have ‘gone national’ while they await the post-pandemic return of their popular music afternoons in Galston Uniting Church.

The partnership came full circle when judges announced one of two Galston Concerts awards as going to the Piccolo String Quartet, students at the Sydney Conservatorium Rising Stars Saturday program. There’s a local link, with Piccolo’s cellist being Kenthurst resident Jack Theakston, a scholarship student at Hills Grammar but also Galston’s Young Performer for 2020-21. While lockdowns meant Jack and the Piccolos missed out on a trip to perform at Melbourne Recital Hall they did score two more prizes requiring future Victorian travels: a Bendigo Chamber Music Festival performance plus a week-long residency at the Australian National Academy of Music ANAM.

Piccolos are scheduled to perform for the Galston Gala on 21 November, if health guidelines allow, or in 2022 – but these young talents are worth the wait, whenever.

The Galston Concert of 26 September by Sydney Symphony harpist Louise Johnson, necessarily postponed due to lockdown, has already been re-scheduled for Galston’s 2022 line-up. 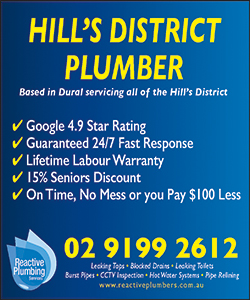